The launch of Scratch Sensor Board “nekoboard2”

Switch Science announces the launch of Scratch Sensor Board “nekoboard2” 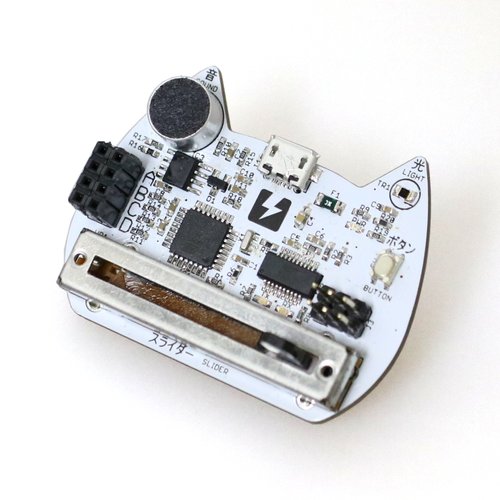 The nekoboard2 is a sensor board that can be combined with Scratch, a free educational programming language for children. Nekoboard2 incorporates a light sensor, sound sensor, a button, and a slider and can sense electrical resistance through 4 additional inputs via included Micro USB cables.

The product name nekoboard2 was taken from the Japanese word "neko", which means a cat. And everyone knows that the Scratch's mascot is a cat.

Scratch is a programming language developed for children to program and share interactive media. By using block-based programming, Scratch users can, for example, move a character on the screen or produce sound. For more information, please see the Scratch website https://scratch.mit.edu/about/

Founded in 2008, Switch Science is a developer, manufacturer, and retailer of open-source hardware, electronic modules, components, and kits for DIY electronics projects. With the goal of making electronics creations accessible, understandable, easy to handle for everyone, Switch Science provides over 1500 items online. Learn more and view the entire lineup at https://international.switchscience.com/